Captain Tony’s Saloon is one of the famous saloons in Key West.  It was constructed in l852 and was an ice house that doubled as the first morgue. It also served as a telegraph office, a bordello, and a speakeasy. In the l930’s it was purchased and named Sloppy Joe’s and became known as the location where Hemingway wrote between l933-l937. Captain Tarracino bought the bar and it became Captain Tony’s Saloon. 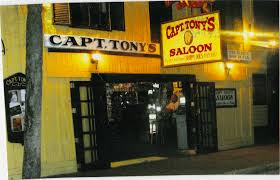 It has become known as one of the top five bars of Key West and one where the patrons have a good time. It has been visited by Shel Silverstein, Truman Capote, Tennessee Williams, along with Jimmy Buffet, who got his start there. 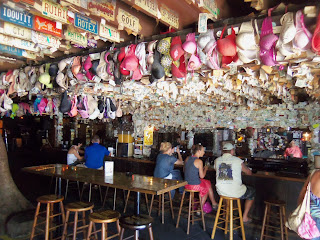 It has a reputation for patrons having a good time. If you don't believe me, take a look at the collection of abandoned women's bras.